On a cool, sunny day last week, I let go of my therapist. 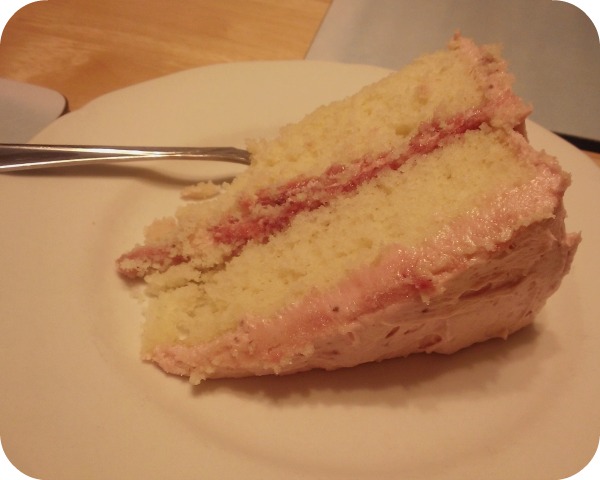 I walked in, like previous sessions, with a heavy mind and a full heart.  But this time, I left her gray couch feeling lighter.  I’m not sure if giving up therapy was the right choice, but I do believe giving up my therapist was the best choice.

I would arrive frayed around the edges with worry about what to talk about.  After an hour, I’d leave a complete wreck.  It wasn’t like I was being bullied by my therapist.  I think I was just being ignored.

My worries and issues were laid bare and I was hoping for some kind of relief.  I knew that she wasn’t going to solve my problems for me, but I had hoped for some direction.  A way to see myself differently so that I could pick up those sad pieces and wash the stains out a bit and reclaim them.  But they were left sitting in dirty, unorganized lumps on the table between us.  Embarrassed, I would pack them away after each hour and go home where I would fall apart in my hubby’s arms.

“While you do have some real worries, most of what you worry about isn’t really all that bad.” – therapist

In other words, I was over-thinking things and making them out to be a lot worse than they really were.  Fair enough.  Perhaps my own worries about not having friends or a career were relatively small on the scale of traumas, but they were my worries.  These were things that could bring me low in one fell swoop.  To be told to just “ignore the bad things” wasn’t making the agonizing trip to the office worth it.

So, we parted amicably and I’m now seeing how things go. Lately, I’ve been a lot better.  The claustrophobic cloud from earlier in the year is now just a faint mist from time to time and most days are relatively happy and cloud free.  If the storm gathers, I can always search for another therapist.  Now I feel more in control of my own therapy.

Starting this month, the hubby and I are on a different sort of adventure.  One filled with a lot of veggies and zero gluten and dairy.

The hubby suffers from migraines and after exhaustive rounds of medications and top headache doctor’s visits, we’re trying food allergies.  According to the literature, gluten and dairy are the top suspects when it comes to allergies, headaches, bad moods and all sorts of things.  His allergist gave him a long list of histamine producing foods that made my heart sink.  Everything from pickles to eggplants to whole grains were on the list and I saw very little we could actually eat.

In the end, it took a great purge in my pantry where I gave away all of my flours, cereals and other gluten items (it’s frightening just how much gluten is hidden in food) and replaced them with gluten free varieties that were expensive, yet surprisingly tasty.  Sure, Canyon Bakehouse white loaf isn’t a slice of fluffy white bread, but it is very nice.  Especially with a slathering of marmalade or peanut butter.  🙂

The key to going gluten free is to see it as something different.  Not the same as wheat, not the same as pasta or bread, but different.  This can be very hard to do.  Like when I want a really good chocolate chip cookie but it comes out a bit, well, off.  Still soft, nice and rather yummy, but just not quite right.  In fact, it’s a whole new thing.  Same goes for vegan dairy replacements.  Seriously, as wonderful it is to have Daiya as a cheese alternative, it doesn’t hold a candle to a good aged cheddar.  What it does give you, though, is something healthier and far gentler on the system than the cheese.

So, I made a gluten and dairy free strawberry birthday cake with Pamela’s vanilla cake mix and my own strawberry frosting.  It was delicious right down to the last crumb.  I made gluten and dairy free entrees such as the quinoa pilaf with kale and corn or the filling lentil shepherd’s pie topped with vegan mashed potatoes or my gluten free stir fry.  Everything we’ve tried this week has been both delicious and surprisingly filling.  Where we thought we’d want more, we actually found ourselves stopping, satisfied. 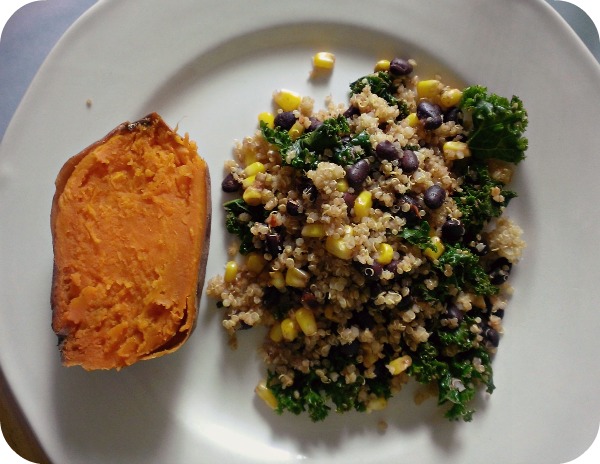 We’ve only been doing this for a week and a half, but already we’re sleeping better and my allergy symptoms are gone.  Whereas before I was going through a box of tissues a week, now I’m hardly a sniffle!  It’s been very good once we got over the headaches and fuzzy head of the first week.  We still have a few more months to go, but we’re adjusting and doing our best.  Now, if we can only figure out what to do when eating out . . .

Quinoa Pilaf with Kale and Corn

(Note: Original recipe from Vegan Holiday Kitchen by Nava Atlas.  I’ve halved the recipe and it still makes a large amount of salad.  We simply stored some in the fridge and freezer.)