The month started with this:

That, folks, is a peach cream pie.  I adapted this recipe by Evil Shenanigans.  It was my swan song to peach season and it was even more delicious than the original peaches, if you can believe that (and you should!).  I had wanted to do something with a batch of peaches my mother had given me, and I couldn’t decide between a jam or a pie.  Considering how I already had a blueberry sauce and a jar of fig jam in the fridge, I wanted something that I could really sink my teeth into.   I was also craving pastry cream something fierce, so I looked for a recipe that merged the two.

Some alterations to the original recipe: 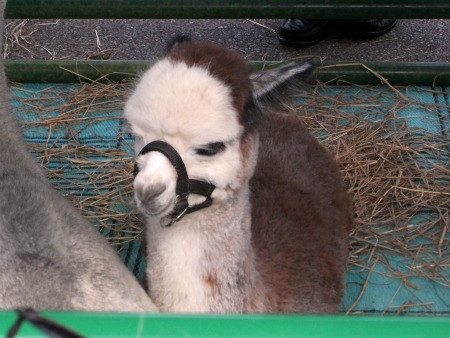 So soft! And the most adorable face. Forget sheep, give me an alpaca any day. 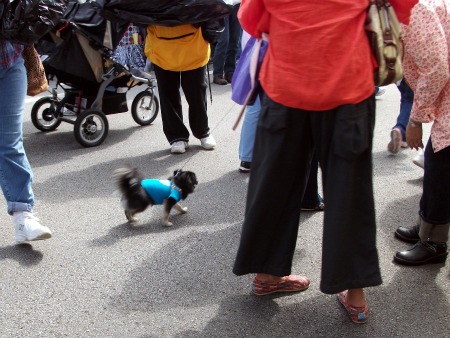 I want that lady's shoes! Oh, yeah, and the dog is a cutie, too!

Don’t you just love dog jackets?  I’m not keen on dog clothing, but I’m all for doggy jackets for bad weather.

I’m not sure if it’s the cooler weather or just coincedence, but I’ve been a happy little pack-rat this month.

Lo and behold, she was given tea.

600 bags of tea, to be precise.  I love my cup of decaff green tea at night.  I can’t drink caffeinated drinks after 6 pm or else I’m up all night, but I’m also a big believer in the health benefits of green tea.  It also didn’t hurt that they had this baby for a really decent price on Amazon through their subscription option.  I then bought 6 boxes of Kashi Go Lean, 18 Gillette razors for hubby, 6 boxes of Quaker Oatmeal Squares and 100 Rooibois teabags.

I feel a little guilty having so much, but this stash is going to last ages and it saved us a lot of money.

The end of the month now sees me with these as my best friend:

Battling a cold wasn’t how I envisioned ending my September, but when I’m through with it, I can look forward to an October filled with hockey (official season starts!), cake pops (giving it a go for the first time for hubby’s Halloween work party), and more hot cocoa.  For now, though, I’m just trying to get back to healthy.